Join us for our New Engineering Livestream

We’ll cover the core vision that the founders had when they birthed this company via an In-Memory OLTP database. We will then move onto the key milestones in the history of the company with the introduction of Universal Storage, and Bottomless storage. We will touch upon some of the material decisions that went into building the technology such as the HA architecture, choice of Indexing, Query engines etc.

We’ll see you there! Cheers 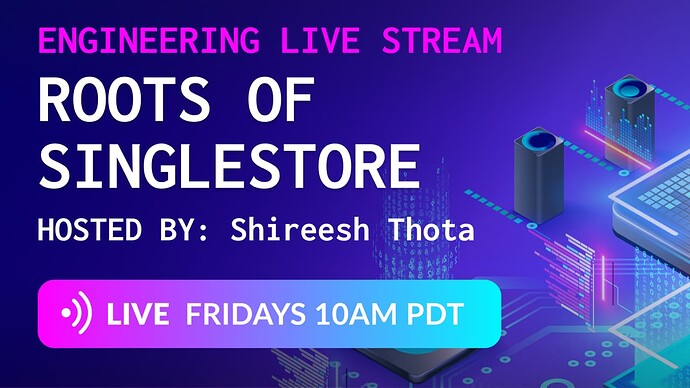 Episode 2 is starting now! See you there! Cheers!