Customers/Thorn
“I had to go to sleep every night and think about that little girl who was still being abused and how if I built the right thing we could save her. So we did.” Ashton Kutcher, Co-Founder, Thorn

Ashton Kutcher has been a Hollywood staple for years, and has been involved in various philanthropic pursuits during his long career. In 2012, Kutcher deployed his financial resources to fight human trafficking and digital abusive material. As a co-founder and board member of Thorn, Kutcher and the Thorn team are a shining example of using data for good.

Tragically, reports of abusive material online have increased an astonishing 15,000% over the last 15 years. Kutcher co-founded Thorn in 2012 to address the role of technology in distributing this harmful material. 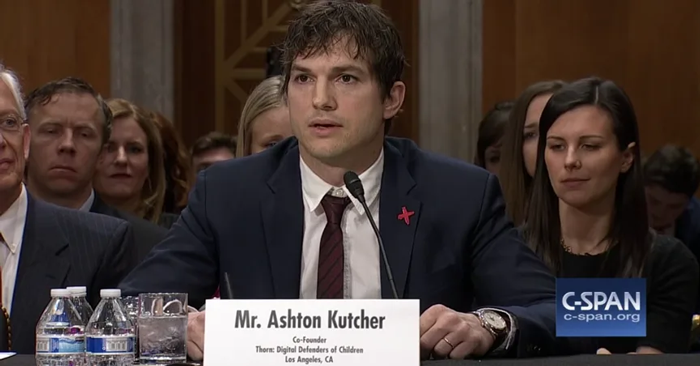 In his extensive and sometimes tearful testimony before the United States Congress in 2017, Kutcher talked about the materials often unearthed in FBI raids, and the painful reality for so many affected by trafficking and abuse. His experience led him to help launch an effort that builds tools to find trafficked children, fast.

Thorn is Taking the Fight to Human Traffickers and Abusers

Thorn is a nonprofit that builds technology to defend children from sexual abuse. Thorn creates products that identify child victims faster, provides services for the tech industry to play a proactive role in removing abuse content from their platforms and works directly with youth and their communities to empower them to prevent abuse.

Thorn’s mission is driven by equal parts technological expertise and passion. As it says on its site, “We are not deterred by the size of this epidemic. That’s why we’ve set our sights on a bold goal: we will eliminate child sexual abuse from the internet.”

Thankfully, the organization is making headway in fighting these evils. Thorn said in its 2021 Impact Report that its Spotlight tool is reducing investigation time by 61%. Thorn’s tools have helped law enforcement identify more than 24,000 children thus far and more than 2,700 agencies are using Thorn tools.

“We are not deterred by the size of this epidemic. That’s why we’ve set our sights on a bold goal: we will eliminate child sexual abuse from the internet.”

Kutcher’s Goal: Raise $1 Million for Thorn As He Trains for the 2022 NYC Marathon

I'm thrilled to announce that Ashton Kutcher is collaborating with Peloton Interactive (and some celebrity change makers) to raise funds for Thorn as he trains for the #TSCNYCMarathon. Help #TeamThorn run faster at https://ashton-runs.funraise.org/

In preparation for the 2022 New York City Marathon, Kutcher is training in a new Peloton series: Peloton X Ashton - Our Future Selves. The series features Kutcher and other celebrity change makers like Natalie Portman, Kim Kardashian, Chris Paul, Allyson Felix, Kenny Chesney and Jon Batiste exploring their "why" – the reason they get up and do what they do every day — as they are coached by various Peloton instructors.

"Protecting kids has been my 'why' for the last decade. I'm running this marathon to increase awareness and raise funds for my nonprofit, Thorn. We will not stop until we reach our goal," said Kutcher. "Creating this series and prepping for the marathon with Peloton has been a blast. Talking to great guests about their 'why’ is fun and inspiring."

In addition to Kutcher and his celebrity counterparts, an additional 100 runners are running in the NYC Marathon to raise money for Thorn and to raise awareness of the organization and its mission. As this story went live, Kutcher was nearly halfway toward his $1 million fundraising goal with more than $491,000 raised.

Thorn also marks its 10-year anniversary in 2022, a landmark occasion that couldn’t be better celebrated than with Kutcher’s inspiring initiative.

“Protecting kids has been my 'why' for the last decade. I'm running this marathon to increase awareness and raise funds for my nonprofit, Thorn. We will not stop until we reach our goal.”

Over the last decade, Thorn has built technology used by law enforcement officials all over the world to help identify child victims faster. Thorn also created Thorn for Parents, a digital resource hub designed to assist parents and caregivers in having earlier, more frequent and judgment-free conversations with kids about digital safety.

In a note to all who contributed to the cause, Cordua reported that Kutcher and Thorn far exceeded their $1 million fundraising goal. “Because of your support and determination, Ashton and Team Thorn’s marathon fundraiser raised more than $1.4 million,” she said. “This historic milestone will allow us to invest more time, energy, and resources into building technology to eliminate child sexual abuse material from the internet. It’s been such an honor to see Team Thorn come together like never before. The marathon might be over, but the impact of your support is still going strong. Thank you so much for your dedication to our mission to protect kids and give them the childhood they deserve. Their future is brighter today because of you!”

SingleStore is helping companies compete and win across every vertical. Learn more →

victims of abuse identified by Thorn

Ready to Get Started?