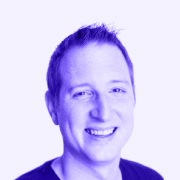 The ability to change a table’s schema without downtime in production is a critical feature of any database system. In spite of this, many traditional relational databases have poor support for it. Quick and easy schema changes was a key advantage of early distributed NoSQL systems, but of course, those systems jettison relational capabilities.
Though conventional wisdom may indicate otherwise, easy schema changes are possible with the relational model. At SingleStore we put careful thought and effort into making sure that ALTER TABLE operations have minimal impact to running workloads. This feature is commonly called an “online” ALTER TABLE. Most relational databases support the notion of an “online” ALTER TABLE, but every vendor has a different definition of what that means. In SingleStore we define a true online ALTER as one that:
1) Does not require doubling the disk or memory use of the table while executing (creating a 2nd copy of the table without destroying the original table is not allowed)
2) Does not lock the table or prevent querying it for long periods of time (read or write) while running (under a second of blocking queries is OK)
3) Does not use excessive system resources while running (CPU, Disk, Network) no matter the size of the table or the workload running against the table
SingleStore is the only distributed relational database able to achieve all three. For example, MySQL Cluster fails to do (1) – it copies the table in many cases. VoltDB, Vertica, and Redshift fail to do (2) – they lock the table throughout the entire ALTER operation, effectively taking down your production system, or requiring tedious juggling of replicas.
Explaining how our ALTER TABLE works it best done by stepping through an example. Let say we wanted to add a column to a table as follows:
Consider this diagram while we outline how ALTER runs through four phases of execution in the SingleStore rowstore.
A new memory space is set up at the time of the metadata change (“New Row Memory” in the diagram) to allocate rows for the new table schema. Newly inserted rows are allocated in this memory region. The original table rows remain in the “Old Row Memory” region.
Our ALTER implementation does have some caveats as a result of our requirement to make the operation a low-impact as possible.
In summary, our online ALTER TABLE support novel capability you get when using SingleStore. Adding new indexes or columns without downtime is something our larger enterprise users rely on. Having both the flexibility of painless schema changes and the high powered querying capabilities of a distributed in-memory database is a unique combination.
August 20th, 2015Last Modified - Apr 29, 2021 at 14:38
Engineering

Adam Prout
Adam Prout was co-founding engineer and former head of SingleStore Engineering. Adam spent five years as a senior database engineer at Microsoft SQL Server where he led engineering efforts on kernel development. Adam holds a bachelor’s and master’s in computer science from the University of Waterloo and is an expert in distributed database systems.

For some time now I have wanted to build a universe simulation. The idea of millions of spaceships each making their own real-time decisions…
Read Post

How We Integrated SingleStore Studio with Kerberos

Integrating Kerberos and SingleStoreDB On-Premises (MySQL protocol) authentication can be hard enough. However, this can be made even…
Read Post

This is a guest post by Mansour Raad of Esri . We were fortunate to catch up with him at Strata+Hadoop World San Jose. This post is…
Read Post
SingleStore Recognized In